Let’s Talk About … The Dinosaur Archive 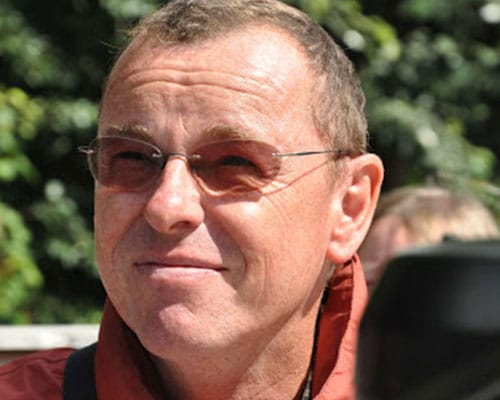 Let’s Talk About … featuring Carsten von Heynitz. The dataglobal CS project manager at Universal Music Germany talks about lean business processes thanks to intelligent archiving solutions, his own taste in music and how it feels to be part of a species facing extinction.

Mr. von Heynitz, you have a degree in data processing business management. It has been over 20 years since people were were able to get a degree for this type of work. What can you tell us about it?

(Laughs) That’s true. I am really kind of a dinosaur. I’ve been working in IT for almost 40 years – or in EDP, as it was called back then. People have often looked down on the degree of data processing management assistant, but it provided you with high-level knowledge. 60 percent of the curriculum included programming, and 40 percent was economics and business content. Back then, it was the world of IBM mainframes, punch card readers and removable storage devices that were as large and as heavy as car tires.

After your degree, you freelanced for many well-known companies, especially in banking and insurance. Which project do you like to reminisce about the most?

I really enjoyed working on a project for Deutsche Bank. It was in international payment transactions, and I could not even imagine the data streams in the worldwide virtual cash flow that were processed via these systems each second and the security measures that supported them. We’re talking about trillions daily.

You have been employed with Universal Music in your home town of Berlin for 17 years now. Universal Music is the world’s largest label and represents some of the most popular musicians on the planet. How did you join this company, and what has your experience been?

Universal Music Germany is a very innovative company. Our focus is entirely on music and artists, and music is something I love. I listen to almost anything: punk, hard rock, lots of soul and funk, and electronic music, and right now my favorite music to listen to is electronic. My career with Universal Music started with the analysis of a legacy mainframe system. After that, one thing followed another. I had already experienced with prior clients the massive quantities of paper that are required to map business processes, and I wanted to help make these processes leaner. So I dug deeper into Universal Music’s archiving system. Our dataglobal CS today was created from HypArchive roots, and I think it has developed and improved in very cool ways over the years.

Tell us about the purpose of a dedicated archiving server with dataglobal CS.

I now manage three different systems using dataglobal CS. The German system alone receives 400,000 documents per month, and all three systems combined accommodate over a hundred million documents. This makes our daily work a lot easier. Before, invoices were posted and filed away, then there could be a complaint and a credit, and everything would be filed in a cabinet somewhere. The employee in charge would have to get up from their desk, grab the file folder, find the client, reacquaint themselves with the case and often create a new document that also would end up in a file folder. Today, all of this is done electronically. Team members have two screens, with the internal IT system on one and dataglobal CS on the other. This has created a beautiful world that actually makes those processes much easier to manage.

dataglobal CS was such a success that it was rolled out worldwide from Germany at Universal Music. Does that make you proud?

Yes! It’s always nice to see many of our team members enjoying working with this system. There are always some new ideas regarding what could be stored here as well. Last year on our deck at the river Spree, I had a conversation with a Deutsche Grammophon student employee whose job it was to scan old eighteenth century music scores and file them with changed file names in the composer’s folder; a very time-consuming task. I put together something new for him. Since then, those scans have been filed in our dataglobal CS, including full-text search and OCR. This is only one example of how our processes keep developing with digitalization.

So the dinosaur’s mission is not complete yet?

Not at all! I really enjoy my job.